Pentathlon Group is a non-profit organization whose mission is to develop innovative, unifying and high-impact sports events that provide emotions and enriching experiences.

This is our permanent team, leading a squad of valiant supernumerary staff for the period of the event as well as an army of dedicated volunteers. 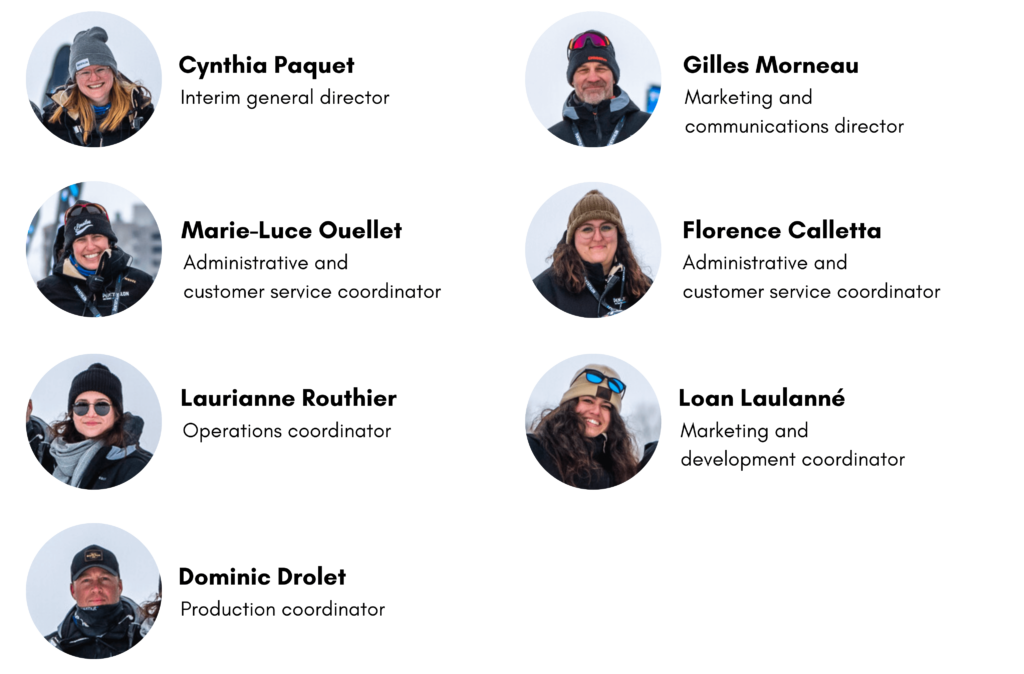 The Pentathlon des neiges has come a long way since its first edition in 2005. Jean-Charles Ouellet’s retreat project, which brought together a few dozen participants at Lac-Beauport, has become a must-attend event in the Quebec City area.

A contribution to the “À L’ÉCOLE, MOI J’BOUGE” project under the supervision of the Réseau du sport étudiant du Québec – Québec-Chaudière-Appalaches (RSEQ-QCA), which gives thousands of young elementary and secondary school students the opportunity to get moving as part of extracurricular activities. In 2022, $25,150 was given to the “À L’ÉCOLE, MOI J’BOUGE” program. This money will allow hundreds of young people from families in need to register and participate in extracurricular activities.

The hosting of the Pentathlon des neiges helps justify the establishment of a Quebec City infrastructure, a 400-metre refrigerated ice ring overlooking the St. Lawrence River, accessible free of charge to the public and tourists during the winter months.

We have answers! Check out our frequently asked questions, the answer is probably there.

Become a volunteer and actively participate in the success of this unique winter challenge.